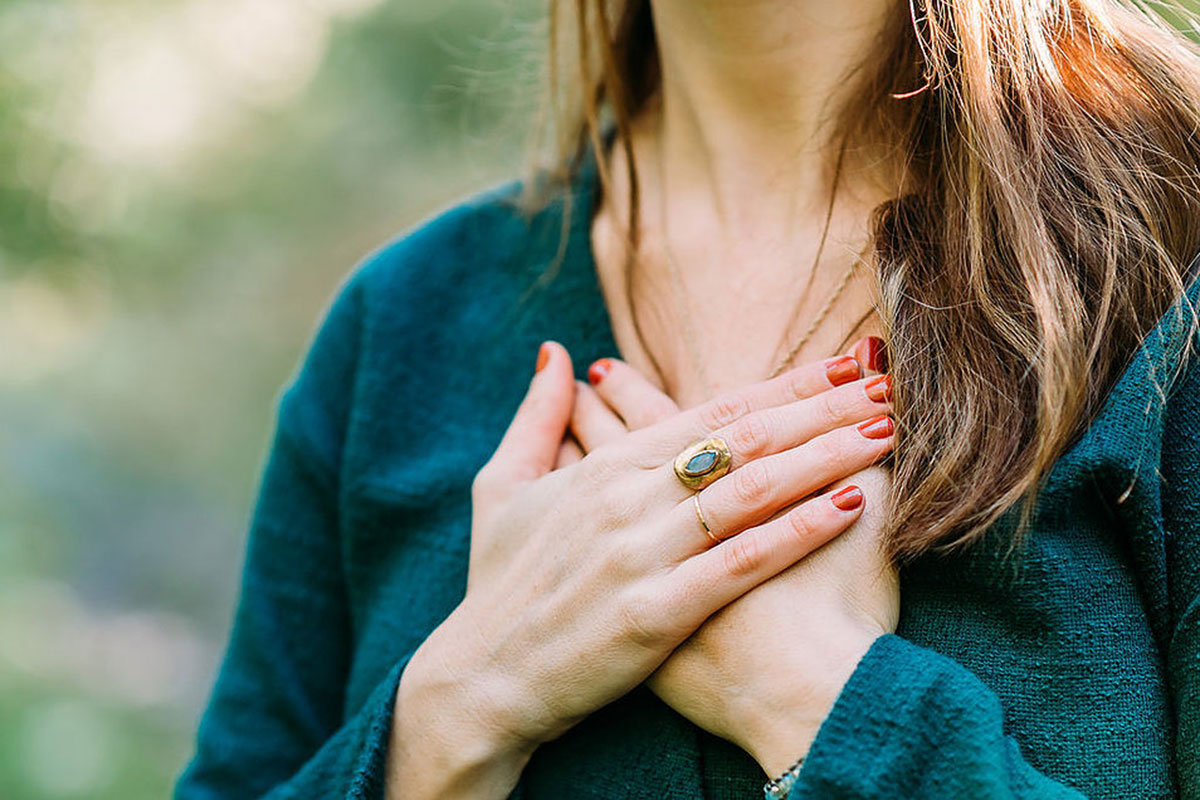 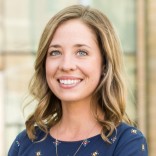 With a background in education and event planning, Maggie Hauser…

“Ayurveda is for everyone,” Logan Armstrong says. “It’s preventative health that can be implemented into anyone’s lifestyle.”Ayurveda prompts us to identify both the natural, balanced state of doshas that we are born with (called prakrati) and our current, out-of-balance state of doshas (known as vikruti). Logan offers 8 and 16 week programming for one-on-one clients and a number of group offerings. Read on to get an introduction to Ayurveda and Logan’s work.

“I’ve always had a fearless disposition. I will go do anything, anywhere, if I feel drawn to it.”

After spending a short time at college in Charleston, transferring to a triage school outside of Asheville, and completing her yoga teacher immersion training at 21 years old, Logan Armstrong (then Brookbank) knew where she was being called. 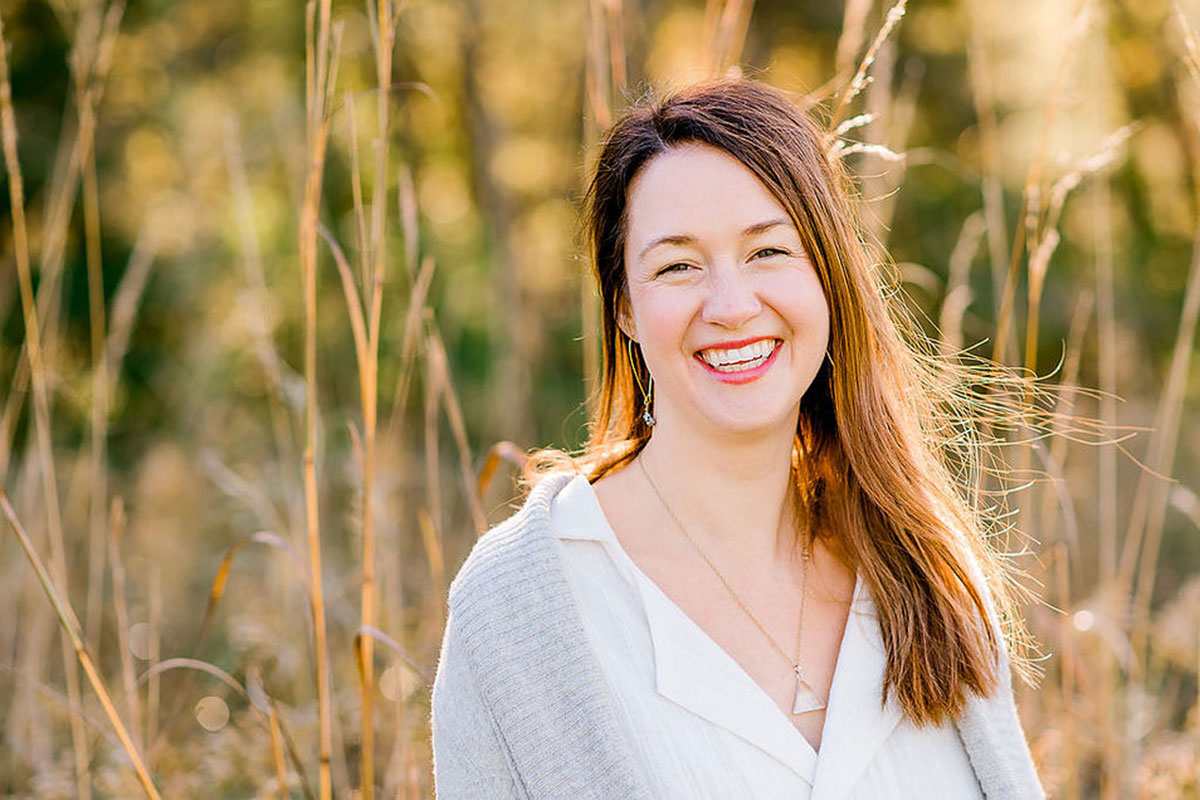 After hearing about Ayurveda during yoga training, it was like a lightbulb went off in her head. All of her experiences had undoubtedly led her to that moment. “I was like, I have to do this. I already know this. I must have done this for lifetimes. This is my path! It was so clear to me.” She quickly packed her bags, re-routed her college fund money, and made her way to Dr. Vasant Lad’s Ayurvedic Institute to study the “science of life” and spiritual coaching.

After the completion of her two-year program, Logan landed back in Cincinnati with every intention to leave again as soon as possible. Fate, of course, had other plans. While working at Essencha Tea House in Oakley, she met her husband Jonas. She began seeing Ayurvedic clients at the teahouse and other spots around the city, waiting tables at a local restaurant, working with her father-in-law Dr. Jack Armstrong at Whole Care Chiropractic, and teaching yoga at the Breathing Room. Every person and opportunity was a learning moment for her as a practitioner. It was only a matter of time before her practice, Flourish Ayurveda, was born and took up residence in the Breathing Room. 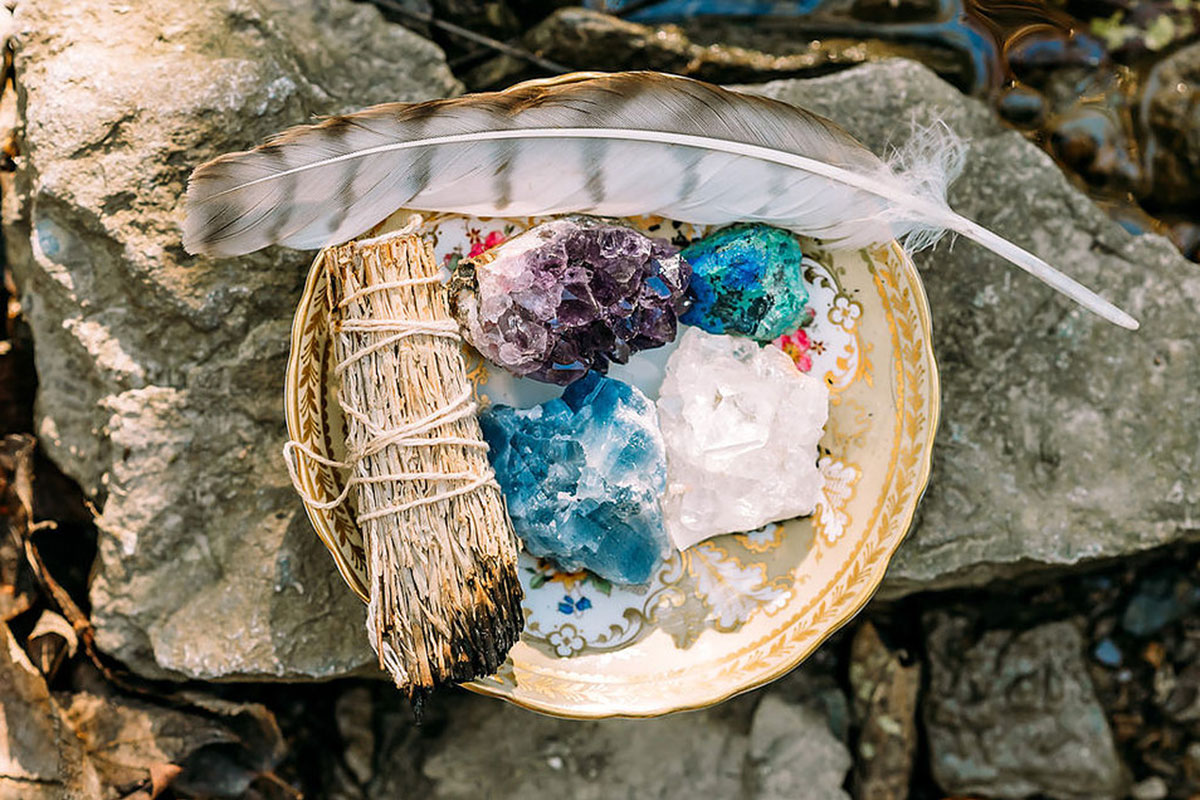 “The name ‘Flourish’ came to me, actually, when I was in Colorado, a long time ago. That’s ultimately what Ayurveda provides for people: this flourishing of the soul and dismantling of their belief systems and conditioning.”

Thank goodness Logan didn’t leave Cincinnati. She’s been coaching clients, hosting retreats, guiding cleanses, performing energy healing, and much more for nine years. People seek out Flourish and Logan for an alternative approach to healing. Some clients come with specific health concerns like hormone imbalances, digestive issues, depression, and self-sabotage. Others know that something in their life needs to change, but they’ve either tried everything else to no avail or they don’t know where to start.

Healing, with Ayurveda as the vehicle, is deeply spiritual. “When you don’t process an emotion, it gets stuck. And then it creates disease. Disease is unprocessed emotion.” We’re all guilty of what Logan refers to as “spiritual bypassing.” Only when you reach the root cause and spend time processing can transformation begin. Logan holds that space, gratefully, as her life’s work.

I was honored to sit with Logan over matcha at Bean & Barley to learn a little more about Ayurveda and Flourish.

Where did Ayurveda come from?

Ayurveda may seem like a “trendy” path to wellness, but it’s quite ancient. “I love the history of Ayurveda. It’s really thought to be an eternal science, meaning that it’s always existed in the consciousness,” Logan explained. 5,000 years ago mystic Indians “downloaded” divine knowledge; meaning that information was given to them by source energy, or the creator. These mystics followed the rhythms of the moon and the sun, they planted herbs, and they learned how to heal themselves and thrive using this knowledge. Later, the concepts were recorded as what we now know to be the “vedic texts;” the philosophy which guides Ayurvedic practices today.

How can we use Ayurveda?

“Ayurveda is for everyone,” Logan says. “It’s preventative health that can be implemented into anyone’s lifestyle.” It helps us sync up with our natural state, honor our strengths, and maintain balance by identifying imbalance. As busy women (and men), we often feel out of whack as we try to juggle commitments and constant change. Ayurveda can deepen our understanding of the strong connection between our bodies and the elements. The more awareness we have, the better balance we can achieve. One of the first steps is to understand the doshas. 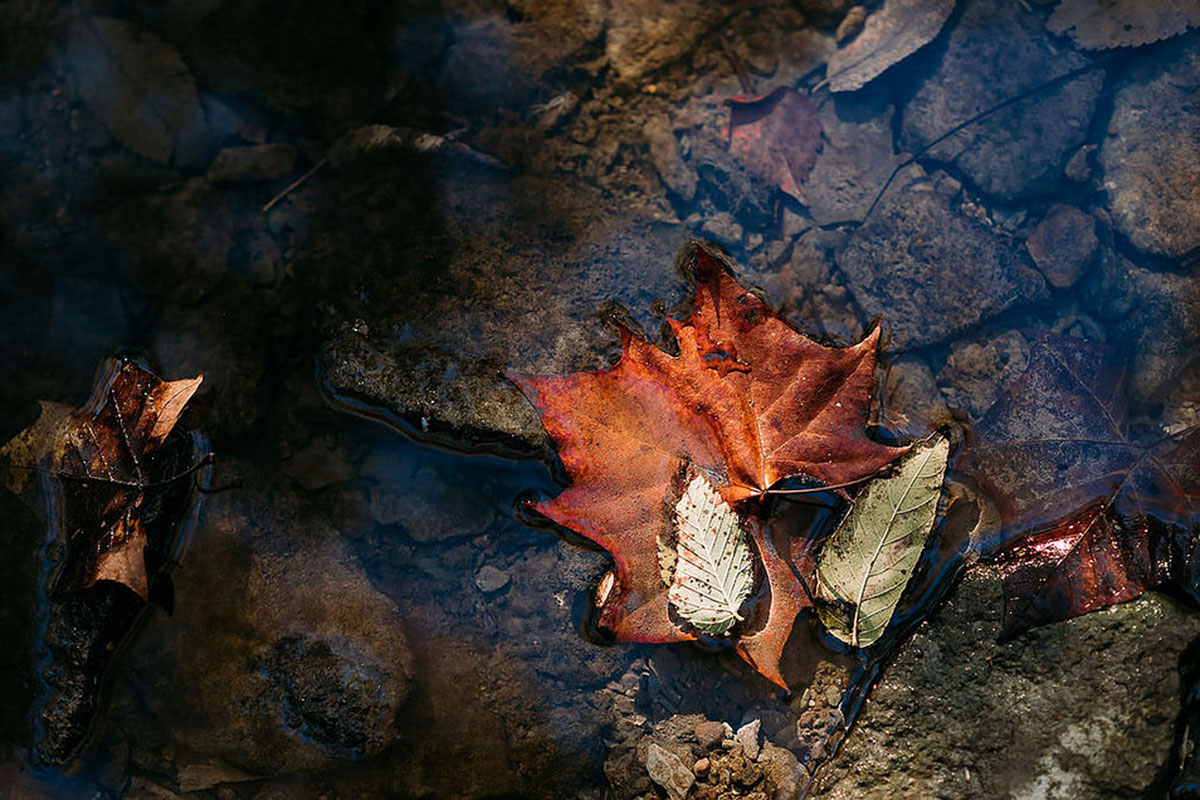 What are these doshas?

Each dosha – Vata, Pitta, and Kapha – embodies a combination of the elements and their qualities. The three doshas stem from the five elements Ether, Air, Fire, Water, and Earth and their related qualities. Here’s a little breakdown:

Each of us has all three doshas within, but the “ratio” varies from person to person. Ayurveda prompts us to identify both the natural, balanced state of doshas that we are born with (called prakrati) and our current, out-of-balance state of doshas (known as vikruti). So, we come into the world with a natural “constitution,” but different climates, seasons, life stages, and daily occurrences create constant fluctuations. Hence, all the crazy imbalances! Ayurveda then gives us the tools to identify our current vikruti state and get closer to our natural prakrati state. 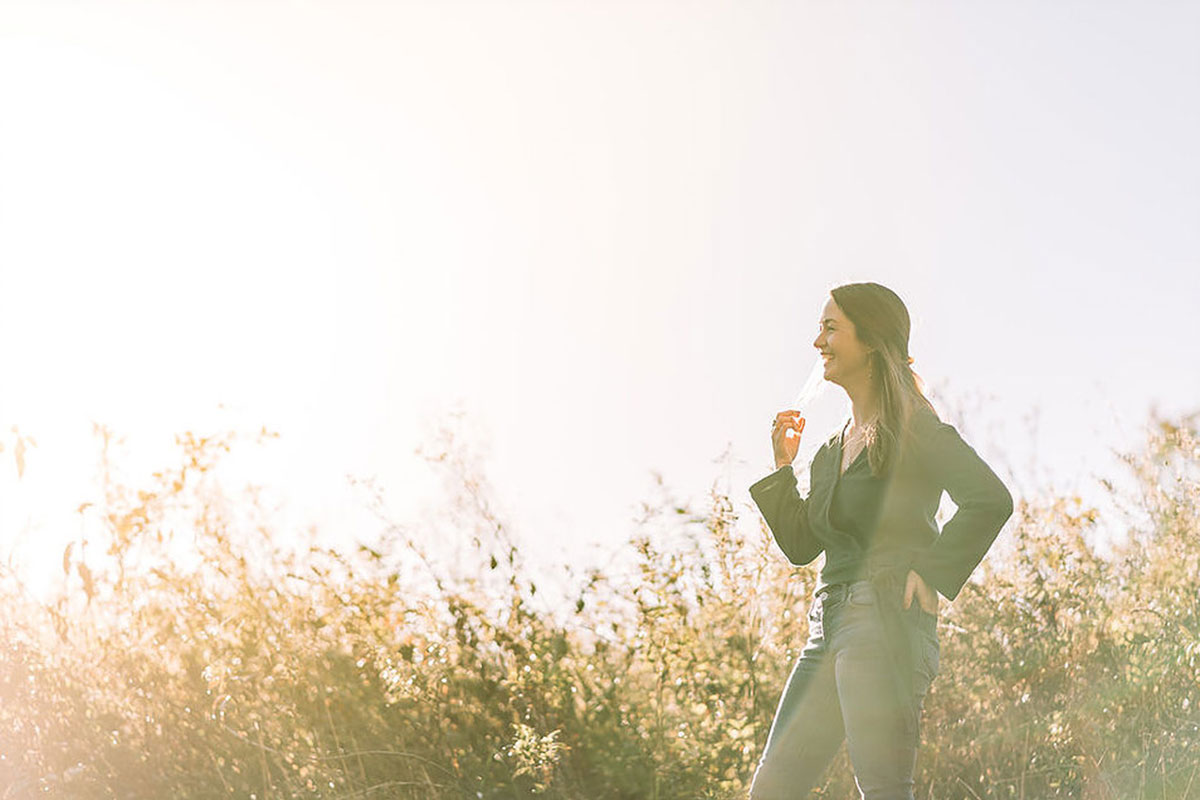 Huh? How do you figure out what your personal dosha makeup is?

Even as we embody all three doshas, there will often be a dominant dosha, or even two. Practitioners use personality traits, physical appearance, pulse and tongue diagnosis to determine doshas. I’d taken an online dosha quiz (classic Millennial…), but I was excited to have Logan assess my doshas in person. My natural prakrati state is pitta-kapha dominant but Logan noted that my vata was running high at the time. While vata is the creative and spontaneous dosha, it can also lead us to be anxious, disoriented, and overthink things. Spot on: I had just traveled back to the States from Germany and was preparing to move to the East Coast; blatantly ignoring the massive anxiety and uncertainty that had been brewing. Logan helped me talk through a practice of meditation and what I could do to balance my energy in the coming weeks.

What role does diet play in Ayurveda?

Ideally, we’d all be using our doshas to guide what we consume. Each meal is a form of medicine for the body. “Like increases like,” and certain foods will have a balancing effect on the dominant dosha. For example, to stabilize the dry, light, anxious, and flighty nature of overactive vata, I should incorporate foods that are warm, heavy, and oily. Lots of cooked root vegetables in ghee and soup for me right now!

Logan’s approach to nutrition is not unlike intuitive eating. As a client, you’re not going to get a regimented diet plan or even a list of foods to eat or avoid. Wanting that structure, rigidity, and control is, as Logan puts it, a presentation of an imbalance in itself. Decisions about food don’t have to be hard or stressful if you can build a practice of “conscious eating.”

“The part that people want to skip over is getting to know themselves; asking themselves those [intimate] questions and taking self-responsibility.” Coaching sessions aren’t focused on food itself, but on the root cause of your imbalance(s): your mindset and self-worth. “It’s scary, but in the right container, that is what leads to the conversations that will really lead you back to balance.” 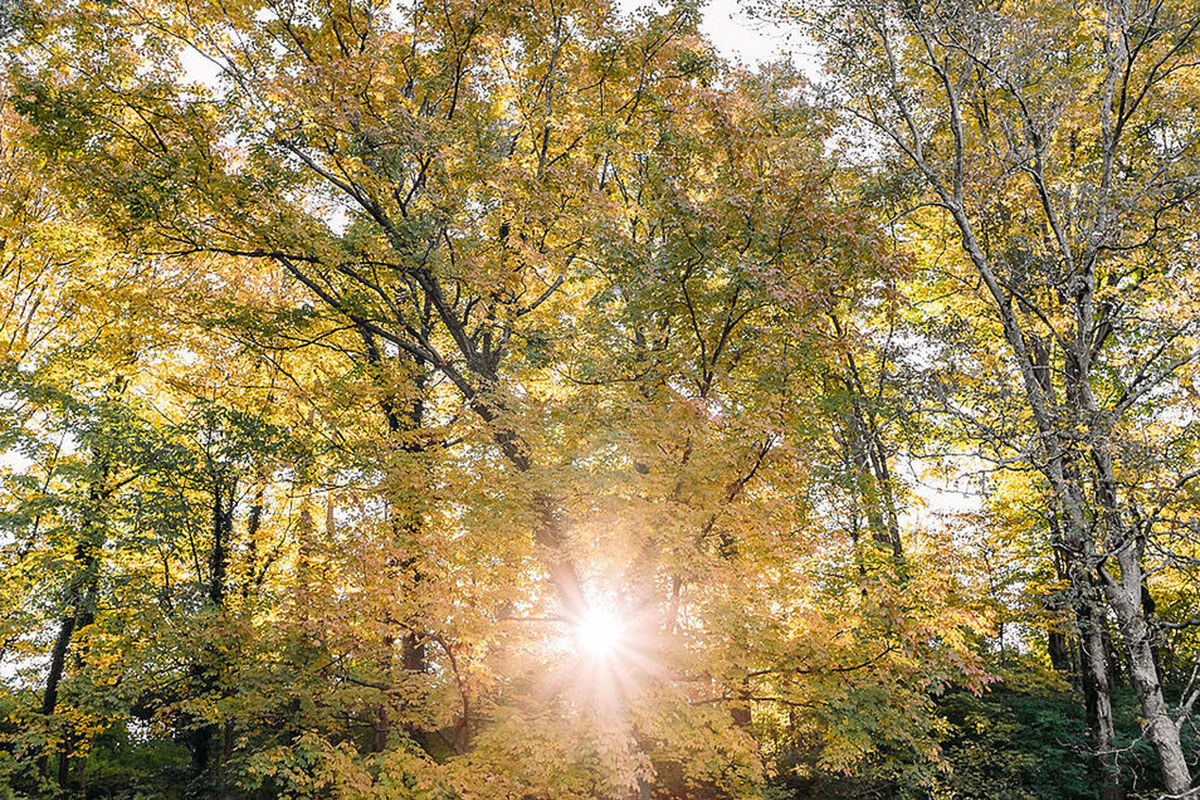 I want more. What can I do with Flourish?

If you’re really feeling called to change your life, Logan will lead you to the doorway. Her 8-week and 16-week transformational programs are one-on-one with special community additions, like a retreat weekend in Yellow Springs. Other touchpoints to consider:

My cousin Jill Prosser, a current Flourish client, says this: “Logan inspires an expansion of the heart and mind. She brings awareness to areas of my life that are in the dark and helps me implement small changes that have a huge impact… it’s not therapy, but it is. It’s not medicine, but it is. All I can say is that working with Logan makes everything brighter. As a result, I’m enjoying my children, my husband my job, my friends and life so much more.”

Beautiful words about the beautiful soul that is Logan Armstrong of Flourish Ayurveda! 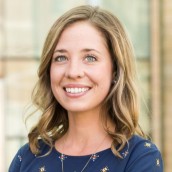 With a background in education and event planning, Maggie Hauser obtained her health coaching certification in 2018 while living abroad in Germany. She has worked one-on-one with (virtual) clients as well as piloted a meal preparation service for families. In addition to nutrition and hormone health, Maggie is passionate about reading, fitness and travel. Her greatest adventure yet is that of becoming a first-time mom! 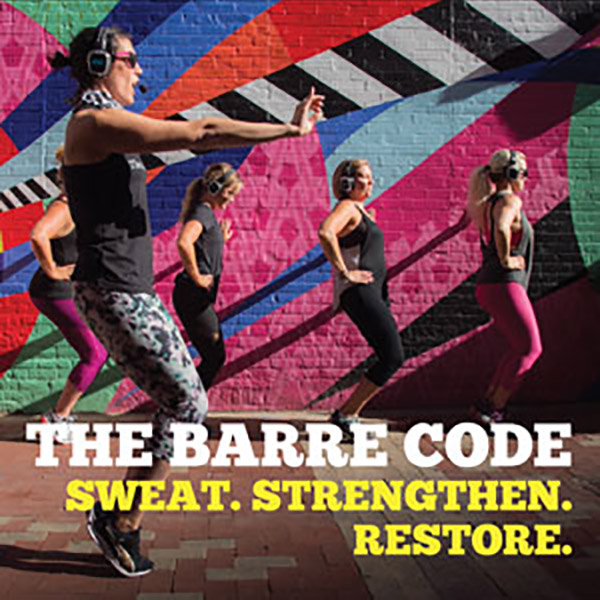